According to Bloomberg and the Florida State University: 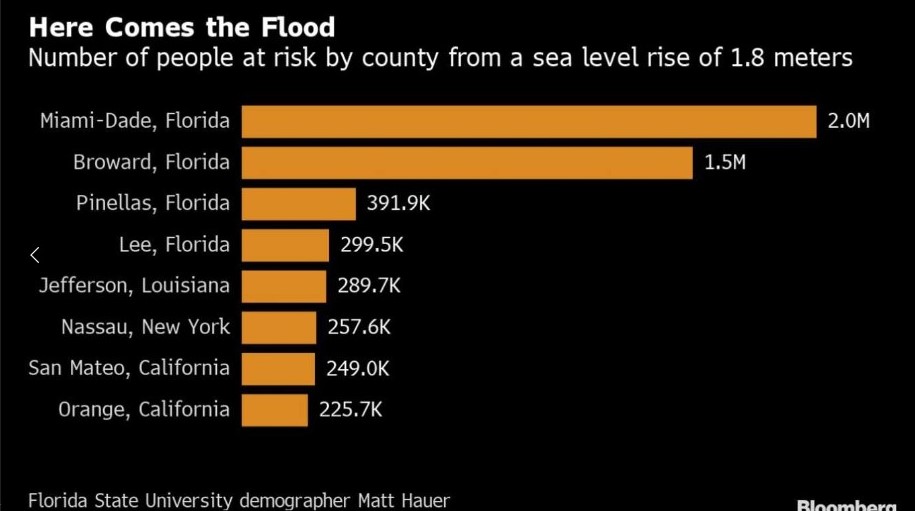 To put in context 225,700 people is more than double (just under x3) the entire population of Newport Beach.

Areas Effected By Sea Level Rise according to Bloomberg scenario 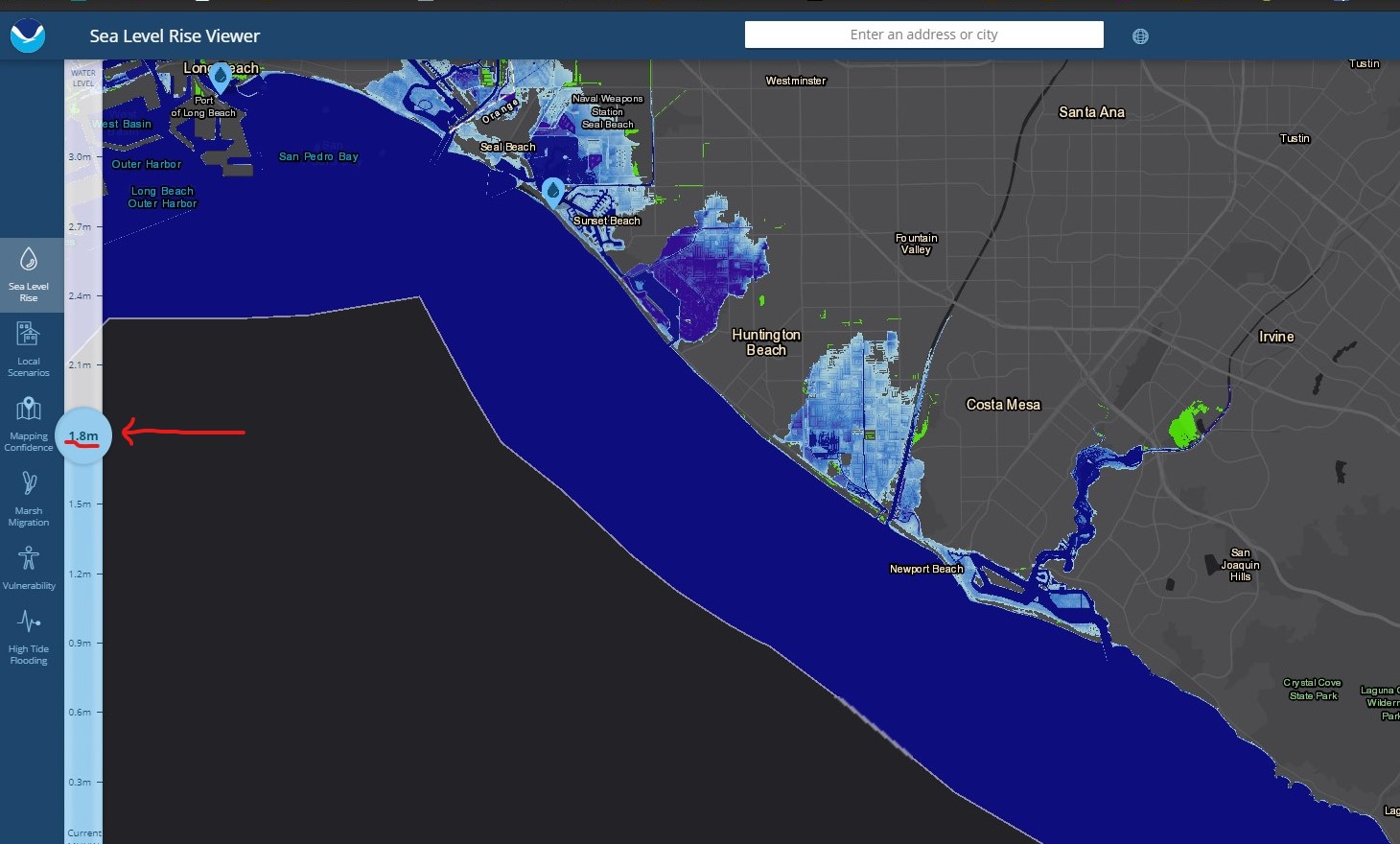 Southern Orange County appears to be physically unaffected by rising water, possibly due to elevation, but it is vulnerable to social impact, even at the present seal levels